IT Security Pros Are Sure Feeling The Heat Of Modern Attacks 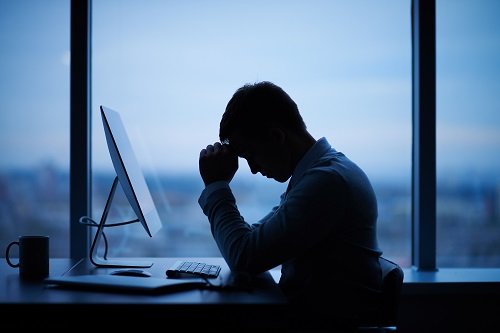 In this new digital landscape, IT security professionals are feeling the most heat, as they must constantly fret about looming cyberattacks and data breaches. According to these folks, attacks have only increased in size and sophistication since the internet first became a thing.

The International Cyber Benchmarks Index and The Changing Face of Cyber Attacks, from the Neustar International Security Council (NISC), reveal the greatest threat to systems is ransomware, which has the power to take down entire organizations if not mitigated properly. In fact, 20% of these IT pros openly state that ransomware is not just a concern—it’s their primary concern.

Other worries in the list include DDoS attacks, followed by financial theft and the compromise of intellectual property. DDoS gets the major share as nearly 50% see this as potentially dangerous for the organization.

Almost every organization across the world has a security solution in place and have taken steps to minimize such attacks. Only a handful of respondents actually believe cyberattacks are here to stay, so we need to cope with such things and move ahead. These folks believe IPv6 will rise when the company upgrades their security solution; however, others feel these threats will likely continue as more and more companies scramble to install IPv6 or go with both IPv4/IPv6 stacks.

IoT growth is paving the way for botnets too. Cybercriminals can rent or purchase these botnets with ease, making these threats one of the biggest issues for enterprises today. The Changing Face of Cyber Attacks report suggests today’s threats seldom occur in isolation. For example, a DDoS threat in one segment can divert attention from malware in another, while ransomware can be used to hasten data exfiltration.

Botnets are also gaining popularity with the rise of IoT. Now, the creation of a botnet can put cybercriminals in charge and place the entire network in danger. Security professionals believe the attacks of today attack rarely happen in isolation, which is why vigilance is so important.

Head of NISC and Neustar Senior Vice President, Rodney Joffe, says, “While naturally distressing, these results should come as no surprise to anyone. Yes, security professionals are becoming more concerned about the level of threat to their organizations, because that same level of threat is continuing to rise at an extreme rate.”

As we have seen over the past year, there are more threats to be aware of, whether in the form of DDoS, malware, application layer attacks, or something else entirely, which has left many professionals confused about where the next attack is coming from. To successfully prepare for an attack in today’s landscape is to accept the fact that any organization could be targeted next. If you are online, you are susceptible to an attack—period. Whether you remain as the lowest hanging fruit on the internet is entirely up to you.

The Major Cyber Espionage vs Supply Chains Apps is Coming