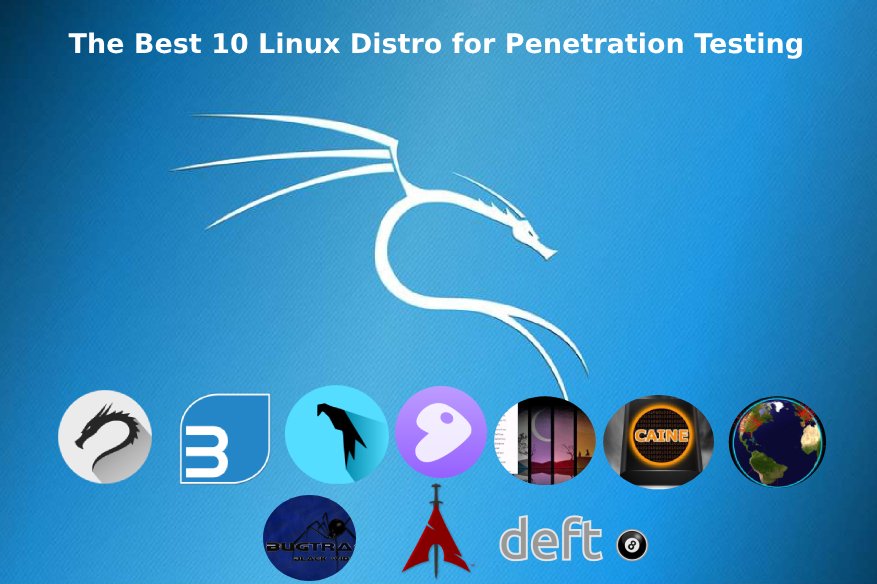 If you are working as a security professional and interested in this specific field of knowledge, you must be known these top 10 Linux distro that suits your purpose. Remember a security-focused operating system helps hackers to discover the weaknesses in computer systems or networks.

Here is a list of some top Linux distro for ethical hacking and penetration testing.

It is developed by Offensive Security as the rewrite of BackTrack and tops our list as one of the best operating systems for hacking purposes. This Debian-based OS comes with 500+ preinstalled pen testing tools and applications that make your security toolbox richer to start along. These flexible tools are frequently updated and are offered for different platforms like ARM and VMware. Kali Linux is also feasible for a forensic job as it comes with a live boot capability that provides a perfect environment for vulnerability detection.

BackBox Linux is an Ubuntu-based operating system that is used for security assessment and penetration testing. BackBox Linux has a wide range of security analysis tools that can be used for web application analysis, network analysis, etc. It is fast and easy to use Linux distro that is famous among hacker’s community which comes with a complete desktop environment. The software applications provided by the OS are regularly updated with the most stable versions.

It is also a Debian-based OS that is developed by Frozenbox’s team. Parrot security is a cloud-friendly operating system designed for ethical hacking, pen testing, computer forensics, cryptography, etc. Compared to others, Parrot Security OS is a lightweight OS that is highly efficient to work with. Parrot Security OS is a mixture of Frozenbox OS and Kali Linux. Moreover, this highly customizable hacking operating system also comes with a strong community support

Pentoo is a pen testing focused operating system based on Gentoo Linux. It can be used on top of an existing Gentoo Linux installation. Pentoo is an XFCE-based distro which comes with persistence support that enables you to save all the changes you make before running off a USB stick. It comes with a wide variety of tools that fall under categories like Exploit, Cracker, Database, and Scanner, etc.

Security focused distro “Caine” is an Ubuntu-based operating system that is available as a live disk. It stands for Computer Aided Investigation Environment. This Linux distro comes with a wide range of tools to help you in computer forensics. Caine comes with various numbers of database, memory, forensics, and network analysis applications.

Bugtraq is famous for its electronic mailing list that is purely dedicated to computer security. It is available in Debian, Ubuntu, and OpenSUSE. The Bugtraq developer team consists of experienced hackers and developers that offer a great service for ethical pen testers. It comes with a number of penetration testing tools including mobile forensic tools, malware testing tools and other software developed by the Bugtraq-Community.

BlackArch Linux is an absolute Linux distribution for security researchers and ethical hackers. It is derived from Arch Linux, and one can also install the BlackArch Linux components on top of it. It provides more than 1400 tools that are thoroughly tested before it is added with the code base. Moreover, it is constantly growing reputation is making it popular among operating systems for hacking purposes.

The open source Linux distribution “DEFT” stands for Digital Evidence and Forensic Toolkit. DEFT is based on Ubuntu and built around the DART (Digital Advanced Response Toolkit) software. It is preconfigured with many popular forensic tools and documents that can be used by ethical hackers, penetration testers, IT security specialists, and other individuals.

Why Penetration Testing is Important

Penetration Testing – How it is Performed and Types